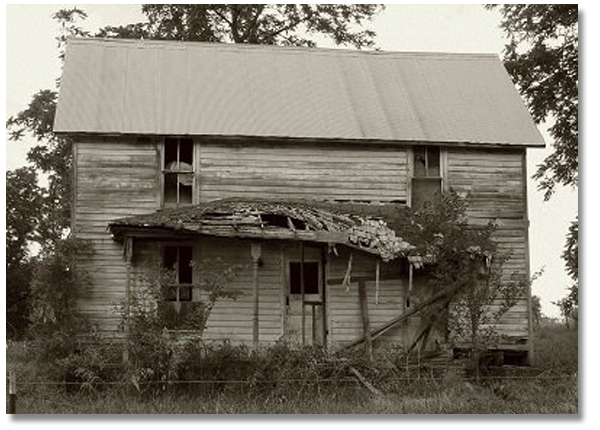 The facts, that you're about to read below, of the old eccentric bachelor hermit farmer are true .............. strange as they are. His story would make a great movie!

Imagine that you're on the grounds of a farm long ago abandoned and forgotten. The normal sounds of a bustling farm faded into silence years ago.

But there's an amazing story still hidden at this location! Millions of dollars in gold collector coins from the 1800's. Buried by the old bachelor hermit farmer that originally built this farm .................

A man that always insisted on being paid in gold coins. A man that, or so the local town folk thought, never trusted banks. This man had his own bank. A secret place underground on his farm that only he knew about.

Everyone around town called the old farmer a hermit and a miser, because he mostly kept to himself, and saved just about every penny he ever earned. In fact, over a span of more than 50 years, his secret underground bank account grew to between $10,000 - $50,000 in gold coins, according to historical accounts. (that's 1800s face value)

$50,000 back then would be equal to having multi millions today. But one day the old man suffered a terrible accident on the farm when he was 80 years old, and he died suddenly. He never did tell anyone where his fortune in gold coins were buried.

But this story also has a very strange twist!

The local town folk didn't know the real reason why this man never put his money in the bank, or why he kept such a secretive lifestyle. They just thought he "didn't have any confidence in the banks", and was shy. In reality there was a BIG secret from his past, haunting him, that they knew nothing about. But now you're going to learn the truth, and it's stranger than fiction!

Almost immediately after he died the local town folk started poking around the old farm looking for the gold that they knew that he had buried. It was the late 1800's. The only tools that they had to search with were picks and shovels, and long metal probes that they could pound into the ground hoping to hit something solid and "get lucky".

But nobody knew where to look, and a farm is a big place to search when you only have picks, shovels, and probes to work with. Of course they never found it. With everyone discouraged in their searching, in time, the whole matter faded into a long forgotten memory, and the old farmer's golden hoard stayed right where he originally buried it.

My investigative research discovered that this man didn't become a hermit because of being jilted by a woman he loved, as the newspaper articles at time stated. In fact it was just the opposite. He was hiding from a woman that he didn't love .......... and he was hiding from the law! He didn't bury his gold because he didn't trust banks, although that's what the local town folk believed.

The real truth is ....... As a young man back in his home state, he fathered an illegitimate child with the woman, which was against the law in that state in those days. He either had to marry the woman, or go to jail. Despite what the newspaper articles stated, he didn't love her, and never intended to marry her.

The real truth is ....... As a young man back in his home state, he fathered an illegitimate child with the woman, which was against the law in that state in those days. He either had to marry the woman, or go to jail. Despite what the newspaper articles stated, he didn't love her, and never intended to marry her.

As he was being arrested for the above offense, he escaped from the arresting officers, and made plans to run away and hide. He ran away as much to escape the woman as it was to get away from the law. (his actions below will bear this out, as do other documents that I have) With a little money hastily borrowed from friends, and under the cover of darkness, he ran away to another state, started a new life, and soon became wealthy in farming.

He didn't want word of his whereabouts to spread back to the authorities in his old home state, or to the woman he was hiding from, so he kept his past a secret from the people that he now lived around. He "laid-low" and mostly kept to himself, for the next 50 years!

He was always afraid that his past would eventually catch up with him. What if the woman from back home, who was probably more than a little upset that he ran away, found him and knew that he was wealthy now? Think about it. He got her pregnant, never married her, ran away and hid, forcing her to support his child completely by herself. And although he became wealthy, he never once contacted her to offer the least bit of financial help. What would the woman in your life do if you did that to her?

Exactly ........ she would probably get his farm and most of his gold.

But this man figured that if he buried his money on the farm, instead of depositing it in a bank, she wouldn't get that when she found him, because she wouldn't know about it. She would undoubtedly get his farm and land, but he would at least be able to hang on to his secret hoard, and not be left flat broke.

His secret past stayed in the past however, because neither the authorities, nor the woman, ever found him.

The old man did make contact with his illegitimate daughter many years after her mother had died. He was able to make contact with her because he had a relative who, "just happened" to live in the state that his daughter moved to after she married. This enabled him to keep track of her whereabouts.

He then wrote letters of apology to his daughter, and they even had an arranged meeting "back home" at her mother's grave.

After his death, his eleven heirs were in court for the disposition of his estate to see who would get what.

But there was an explosion of controversy and excitement when, just as the proceedings began, in walked the illegitimate daughter to claim the entire estate for herself!

The heirs tried to disprove the fact that the old man ever had a daughter, but ahhhh, she had those letters that her father had written her not long before he died! She also brought witnesses from back home when the two of them were in town for the meeting at her mother's grave, because the old man had introduced her to several people around town as his daughter.

2. This hoard, in all probability, was never recovered. It has never been searched for since the days when the only search tools available were metal probes, shovels, and dowsing rods. It is most certainly still there.

3. We have pinpointed the exact location of this farm. It is open farm ground still today, and we have the technology to find it.

Important! For safety reasons I do not keep any files at home or on my computer. They have all been converted to digital and are in a bank safety deposit box. - Gary Downard