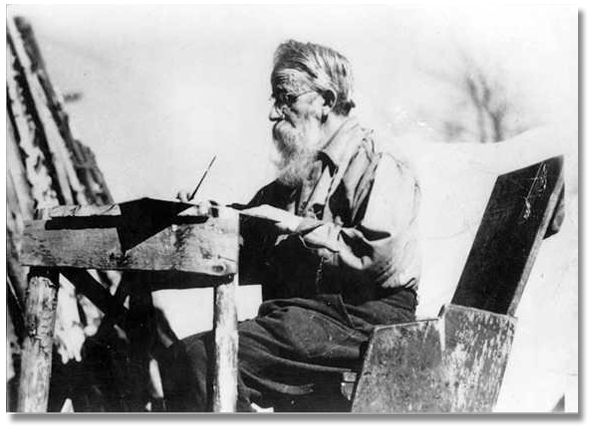 Landlord/Blacksmith That Had His Own Bank

This man lived to be 80 years old. Through the years he built up a sizable sum in savings from his blacksmith shop and rental property, because this guy was also what was known to the locals in those days as a miser. And he never put his money in a bank ...

No, not this guy! This guy took whatever amount of money that was to be added to his savings account and converted it all into gold coins. That alone should tell you what type of bank that he preferred. The "Mother Earth Bank And Savings"! And he buried his gold in more than one location on his farm. In fact, this man buried his money in several locations on his property!

A big problem developed for his wife however, the day that he became deathly ill. The problem was, he had never told her, or anyone, the location of any of his "banks".

He tried  to give directions to the "sweet spots" that day on his deathbed, but all he could get out was the fact that he had money hidden in several places, and that he would have to show them where. But .............. yes, you guessed it, he died first.

His wife and family started searching for those "special places" soon after his death. My documents confirm that they did get lucky more than once. In fact, they uncovered about $12000 dollars in gold coins buried in various places about the farm. That would equal over a half a million dollars in gold content alone today.

The family never found the remainder of the golden hoard, but didn't even spend much time searching for it. After all, they were now already wealthy from the gold already found.

Facts:
1. According to historical county land records and google satellite maps of this farm, this land is still open farm ground.

2. The people that searched for this treasure at that time didn't have modern scientific equipment. It has not been searched for since a few days after the first finds were made, and the excitement died down very quickly, as they could not locate any more of the gold that was known without a doubt to have been buried there.

3. This hoard was soon forgotten and has probably not been searched for, for almost 90 years.

4. With our modern technology and equipment we have a very high probability of recovering the remaining hoards.

Important!  For safety reasons I do not keep any files at home or on my computer. They have all been converted to digital and are in a bank safety deposit box. - Gary Downard